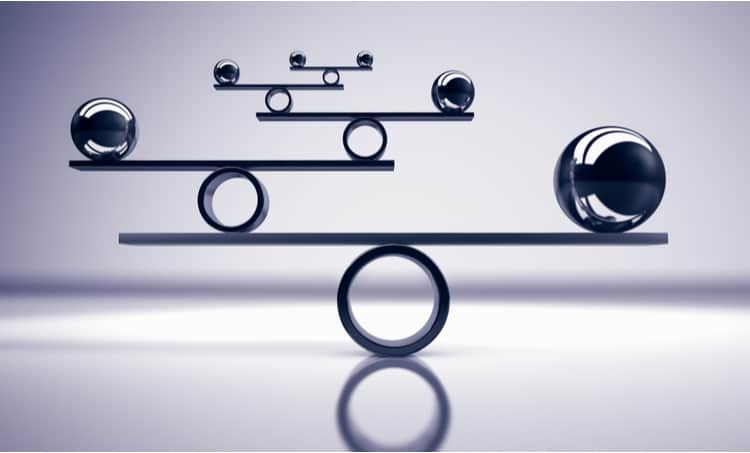 Stability in coupled systems can be described using a Laplace transform

If you’ve ever run a time-domain simulation for your circuits, you can quickly see how your system responds to different input signals. It’s easy to pick out the response amplitude and spot modulation at specific frequencies, but quantifying the transient behavior in terms of time constants requires some additional analysis. This is especially true in systems with multiple poles, such as higher order RLC networks.

Using a Laplace transform allows you to quickly convert between a general input function in a circuit and the output you would expect to see in the circuit. If this sounds like a Fourier Transform, it’s not too far off the mark; a Fourier transform is related to a Laplace transform, but they describe different types of behavior, particularly steady-state vs. transient behavior. In addition, working in the Laplace domain with linear systems provides a simple way to predict the transient response in your circuits. In this article, we discuss how this works and how you can quickly determine the transient and steady-state behavior in your system before running time-domain simulations.

What is a Laplace Transform?

This extension into a conjugate variable domain simplifies analysis of linear circuits, or of nonlinear circuits operating in a linear regime. Laplace transform techniques are useful in the following types of circuits:

There are many tables online and in textbooks that contain Laplace transforms of many common functions. There are also some useful relations you can find in many textbooks for converting combinations of functions between the Laplace and time domains. In the above equation, s is a complex number, and it's real and imaginary parts have specific physical meanings:

In other words, there will be a specific set of s values that form the time-domain response for a system; these s-values are called the poles and zeros of the system. In particular, these s-values will tell you the system’s transient response. Consider an underdamped RLC circuit; the s-values will tell you both the damped oscillation frequency (imaginary part) and the damping constant (real part). This should illustrate the value of a Laplace transform for circuit analysis over a Fourier transform.

These two techniques can be used to determine a transfer function for your system. A transfer function may normally be shown as a Bode plot, which shows specific frequencies giving zero response and resonances giving maximum response. The Fourier transform and Laplace transform of a system have very different meanings:

Because the s-values are complex numbers, a plot of a transfer function in the Laplace domain is not a simple curve showing magnitude and phase. Instead, this would show a heat map in the complex plane. Although visualization is quite difficult, a Laplace transform is much more useful for coupled systems and systems with feedback where stability is very important.

When working with coupled systems, or with systems that have feedback, you can use a matrix technique to extract the system’s eigenvalues, which will tell you how the system responds to an impulse in the time domain. It also tells you qualitatively the stability of the system. This is determined by calculating the eigenvalues of the system’s characteristic system of first order equations: 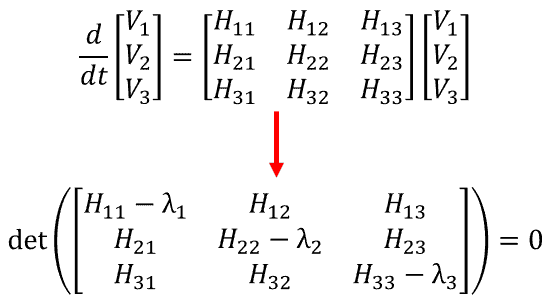 Determining stability by calculating eigenvalues of a first order system of equations.

Rather than using Laplace transform calculations by hand and running time-domain simulations of your circuits, a great circuit simulator can show you the poles and zeros of the system directly from the system’s transfer function. The front-end design features from Cadence and the PSpice Simulator gives you this functionality for circuit design and simulation. You can also run a variety of time-domain and frequency-domain simulations for your circuits. 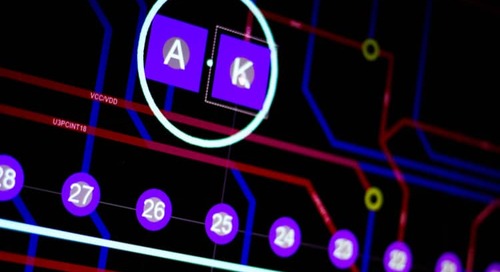 The steady state value in nodal analysis can be easy to determine if you have the best circuit design and s... 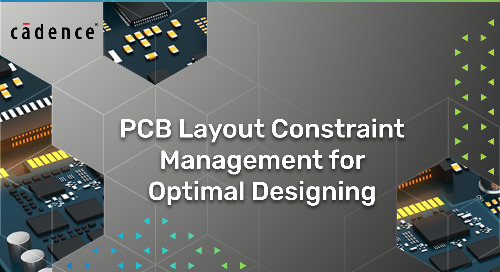 This article describes layout constraint management in PCB design, it’s importance, and some of the benefit...