Packaging electronics is a full-time job. The mainboard, colloquially known as a motherboard gives rise to so-called daughtercards. Printed antennas or other RF elements can end up on their own card because of the special materials required for their use. Sometimes, it’s the opposite. A large circuit where high-performance construction is required would benefit by reducing its size by shipping the non-critical circuits off to a cheaper stack-up. Either way, the impetus is to save cost with optimal board allocation.

These auxiliary boards that have the electronics that couldn’t go on the main PCB can fall under the same development schedule. The flexible printed circuits in between the boards can be under revision or even be integrated with the rigid board in lieu of connectors. In all of these cases, the soldered-on elements that bring life to the party need a path to their eventual fusion as a complete “thing”. After a while, it may seem like some common-sense type of stuff. That’s hindsight for you. 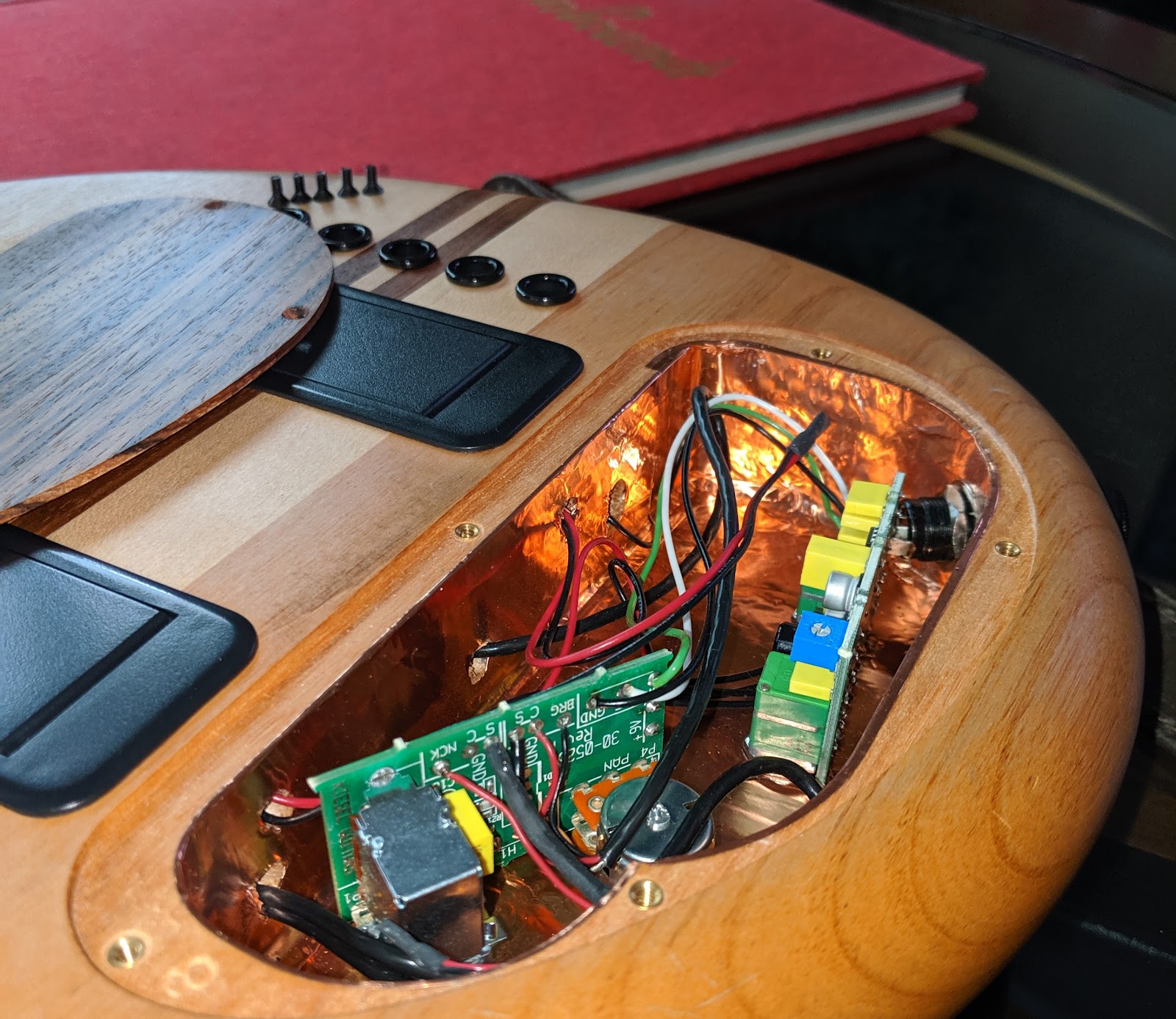 All image credits: Author - Even a guitar can have multiple PCBs. (EMI warriors will note the full metal jacket for the electronics)

Bringing all of these moving parts together on a competitive schedule could require a team of designers working on various jobs. Even if you’re doing it all by yourself, making sure all of the boards work together and can be assembled, tested and shipped to happy customers is fundamental to success. Complexity is a multiplier rather than an adder if that makes any sense. PCB density runs through discrete stages on the cost-curve. High-Density Interconnect (HDI) is a big step.

A tested approach that is always under improvement needs to be applied as much as possible across the different boards. Aligning the PCB design requirements to the factory capabilities, regardless of IPC or other specifications, is my primary goal in this regard. Give them something plausible. It’s in everyone’s best interest to get buy-in on the controversial areas.

Often put off until the 11th hour, the details are easily lost as we scramble to get something out the door. Even after the solder mask and ink, there is the R.O.T.S. which, of course, stands for the rest of the stuff. The “stuff” can also be “story” or some other short word that starts with “s”.

In so many cases, we get a number of boards with interlocking requirements. Functions that didn’t play well together on the original spin get their own little worlds (PCBs). I’m reminded of a job where we actually had a board called the ROS board. The point is that we’re often assembling a collection of circuit boards.

As a consumer, we benefit from standard product form factors. Pro audio and so many other electronic devices come in a rack-mount configuration. The standard 19” equipment rack is divided into so-called “rack units” that are 1 ¾ thick. In the image below, the foreground shows 1 RU enclosures with a 3 RU power amp in the background. The tuner above it is plastic and only an inch deep. Still, that crate outweighs the near one by several pounds. Road-ready stackable racks good for an ipod or an orchestra

This is my studio tone stack. While it may look impressive, so-called prosumer audio will set you back a lot more of your hard-earned money. This is more about being rugged and loud than being pretty and creating sonically accurate reproductions. Live instruments and microphones go into the mixer at the bottom. Single-channel signals go from the mixer to the vocal processor (blue) that generates stereo signals with various reverb effects. Those “wet” signals pass through to the graphic equalizer and then up into the noise gate/compressor for some more volume control. Next is a crossover that allocates low bass to one amplifier and sends the rest to the main amp in the second rack.

There are hundreds of these boxes that do different things. For the musician, the choice will depend on their individual tone quest. Obviously having forty-something volume knobs aids in that quest. Reordering or rewiring the equipment changes the behavior. We band members that are also electronics enthusiasts like to dig into the spec sheets and read up on equipment modifications and new gear. The backline of speakers is almost as important as the instruments themselves. 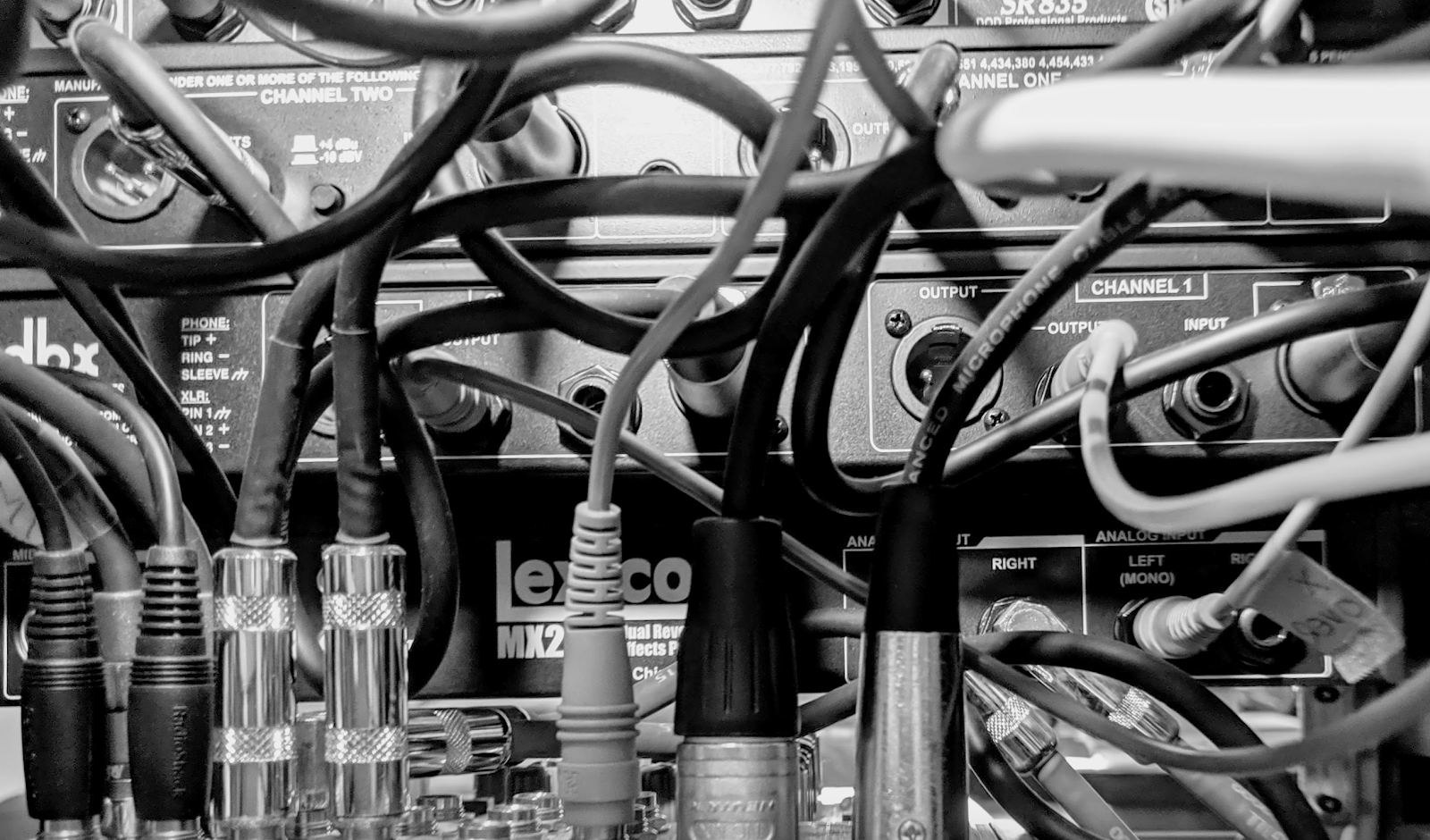 Spaghetti syndrome. Get me some cable ties! (Patch cables get reorged with use)

Every wire visible in this rear-shot represents a differential pair on a PCB somewhere in those racked equipment enclosures. The two larger lugs also have a third wire to create what is known as a shielded pair rather than a simple coaxial line. They are used for microphones and longer runs where we need the option to “lift” the ground to reduce AC hum.

Of course, the music is meant to be shared so we take it on the road. My electric bass pedalboard goes tuner - compressor - preamp/EQ then splits with distortion on one channel and chorus and reverb on another before going under the pedalboard for a wireless transmitter. This, of course, has gone through a number of iterations.

My bass board - lighting by Ikea!

Even sticking with black effect pedals, there are way more choices than board space. Tight placement using low-profile 90 degree TS cables. The bottom side is just as OCD on the wiring to the power module. By the way, the crooked component is not mounted there. It’s a belt-mounted wireless transmitter. Just saying.

The pedal industry is huge with independent tinkerers producing batches of boutique effects. Surface mount technology is there but not as dominant as in other consumer electronics. I don’t mind mass-produced stuff as long as it does its thing. And again, these units form a system of printed circuit boards that divide the work into many functions. While this set-up travels better than the studio rack gear, the future seems to be doing these functions in software. Then, the PC becomes the preamp and signal conditioning. The rack-mount vocal processor came with a CD for use in a digital audio workstation. You can even find a micro-USB port on some of these effects.

As you can probably tell, I like turning the knobs when I’m working my other hobby/job as an instrumentalist. Whether you’re breaking up a complex item or building a chain of similar functions, there are systems of printed circuit boards at work in a box or collection of boxes near you. From server farms, to TV sets, PCBs get teamed up to solve complex tasks while maintaining reparability and potential upgrade paths. 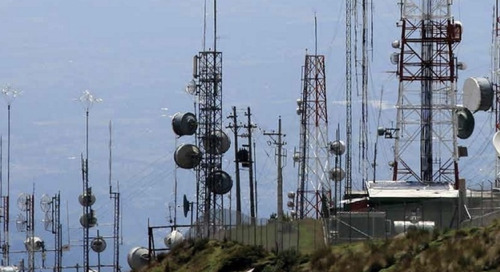 You Know You’re a PCB Designer When...

The command and layer names fall into our conversation making half of what we say indecipherable to the lay... 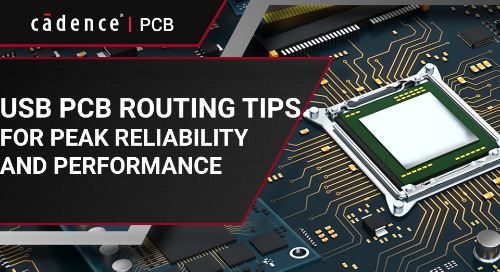 USB routing tips will consider many traditional routing methods with a tighter focus on power supply and EM...

What Happens When You Connect Zener Diodes in Series?

There are various ways to use multiple batteries in a circuit depending on the desired outcome. Here is a guide about how to do so safely.

Series RLC Circuit Design and Analysis in Your PCB

Opting to use a good quality electronic design software is one of the best decisions to make. Its features make your design time easier and less stressful.