At one time or another, we’ve all shuffled across a rug and touched a door handle or other metal object only to feel the zap of static electricity. In a dark enough environment, we can even see the spark flash across the gap. As a boy, I may have shocked my little sister setting off a chain reaction where everyone gets a surprise zap. What’s wrong with a few kilo-volts among siblings?

The size of today’s transistor gates is measured in a few nanometers but even micron size architecture can be annihilated...

The voltage is quite high but there is no real amperage behind it or we’d be thrown across the room. A lightning bolt is an ESD event scaled up. In the world of electronics, it doesn’t take a static discharge that you can feel or see to do serious damage to the microcircuitry. The size of today’s transistor gates are measured in a few nanometers but even micron size architecture can be annihilated with an imperceptible static discharge of a dozen volts. That’s nothing. When the transistor gates were so big that you could see them, it took a lot more electricity to fritz them out. 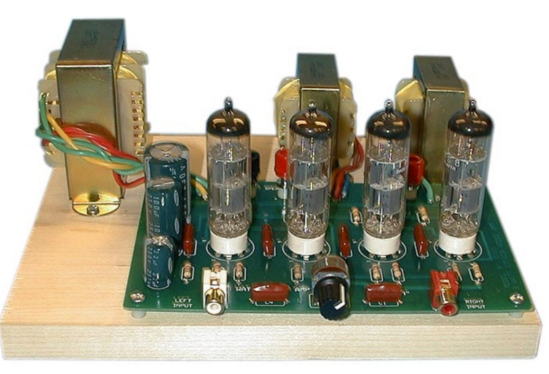 I grew out of shuffle-shocking my sisters and found my first job in high technology at a local telecom outfit. The “TransMux” product allowed up to 576 phone conversations to take place on a T1 line. Note that a T1 line was originally provisioned for 24 analog phone lines. The anti-trust litigation that broke up AT&T created a huge demand. Ma Bell, Pac Bell and the rest of the baby-bells needed equipment to bring on the digital age we enjoy to this day. Good times.

ESD Prevention at the Factory Level Includes Anti-Static Equipment and TrainingMy job title was Final Prep and consisted of taking PCBs out of a cardholder and putting them in grey bubble wrap bags. The bags got a special sticker to close them and the bagged boards went into individual boxes with labels where I filled in the revision letter, the dash number and, for AT&T, the so-called CLEI code. Eight different boards made up a “die-group” including the T1 interface, the Modulator & Demodulators, and the beefy Analog to Digital/Digital to Analog conversion boards. The eight boxed boards went into a larger box with a big label that summarized the configuration. 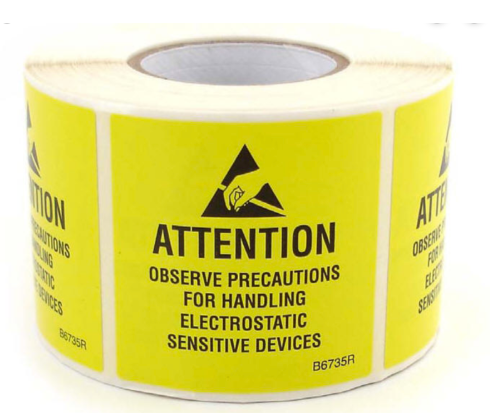 We always had to wear a special static dissipating smock in the factory. We also wore a wrist strap that had a coiled wire that plugged into a socket on the edge of the bench. The socket was wired to a spike that was grounded to Planet Earth. Each bench had its own little blower that deionized the air. Later on, we had special mats on the floor and straps on our shoes to shed the stray energy that we picked up as we went about our jobs. These efforts and others are codified in ANSI/ESD S20.20-2014.

“That empire could be brought down by the failure to follow the (ESD) process, or so they told us.”

The training was required and repeated. We were reminded of all of the things that were not allowed in the work areas; especially red Solo cups or other plastic. A D/A converter sold for about $2000 dollars. 1984 dollars! At $8.00 an hour, do the math. The 7-foot tall equipment racks sold for the price of a Mercedes. Filling one with die-groups and power supplies ran the cost up to around $200,000 or the price of an average Bay Area home; say a million or more today.

That empire could be brought down by the failure to follow the process, or so they told us. I moved from a contractor to being a full-time employee and began building the shelves that went into the racks. Then on to wiring up the racks then building the fuse panels. I transferred around to the Quality department and then stores (the stock room) and in all of those cases protecting the components and assembled PCBs from static discharge was always front and center.

ESD Mitigation Practices for Enterprise ElectronicsWorking at Granger Associates is also where I became interested in PCB design. The company was bought. We were let go. I proceeded to attend ECAD school and all of this background served me well next to the heavy equipment operator who was injured on the job. We learned the PCB lingo and AutoCAD, <sigh>.

Fast forward a little: a company put me to use on an edge router that had a pair of ethernet in-ports and eight more on the outbound side. Every one of them had a little transformer circuit as the first element. Probably not a good idea to do each one a little differently eh? As I was laying out the third circuit, I figured it out. We were all new once! Two boards took six months total. The power supplies were incorporated on the same 12-layer boards so it was a regulatory learning experience. I recommend power modules every time. So, yeah, ESD warning on the PCB silkscreen (among other things.)

The kind of equipment in those examples would be used in controlled environments and mostly left in place to do their thing. There’s another kind of equipment. It’s the stuff that you and I interact with every day. The consumer hardware has to be robust enough to handle the shuffle-shocks we inadvertently put them through. ...and they’re everywhere. 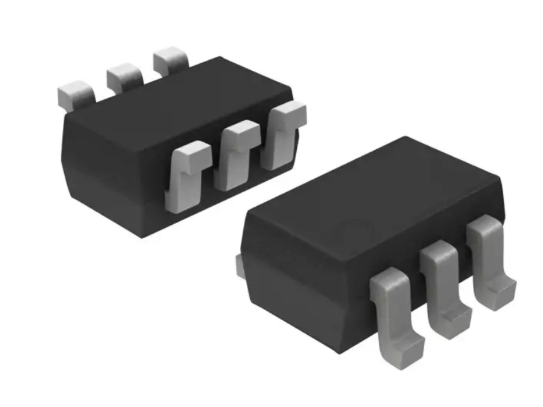 The ground staking around the perimeter of the board can be incorporated with the connector body for some containment but we typically require a shunt diode on each transmission line to be placed near the connector. There are many packages available for protecting multiple circuits. The SOT family of course and the SON (no lead sticking out) for smaller applications are popular with 6 to maybe 12 pins. 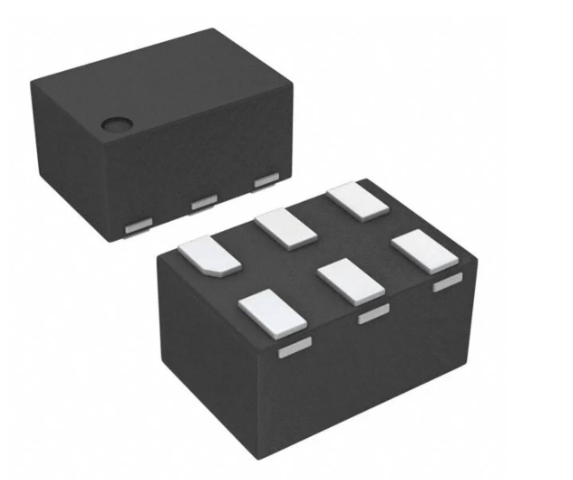 Image Credit: TI -SON Package - The same size except that the “landing gear” is retracted.

My favorite ones have I/O on opposite sides of the package with ground pins in between. If you’ve ever routed a differential pair, you’d see the value in a linear flow. It doesn’t always work out so cleanly with packages built with the traditional flow. This is mostly about uncoupled length for the diff-pairs. Consider any trace from the connector that has not found its way to the ESD diode to be toxic. The surge of transient voltage can have a big footprint so it’s not a good neighbor in any case. Place the diodes accordingly.

Avoid a Shocking Ending by Getting in Front of ESDGood shop practices, better design, and attention to detail will help us in our quest to prevent unseeable lighting bolts from destroying our electronics. Of course, the whole supply chain has to be in on it. As the incubators of the next generation of products, we have to be the ones to make sure it all goes to plan.

Back when I was working in that stock room, our allotment of Intel’s 386 chips came in. I was hand carrying them from the receiving Inspection room. There was heart-beat altering money in my hands. The idea of a server in a normal XT size computer enclosure was pretty novel. We were up to something new and different. In that respect, nothing has changed. I’ve carried that dread of electro-static discharge with me ever since. Thought I’d share. 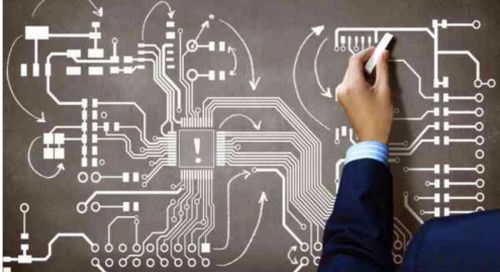 Even the simplest layout will require deliverables for assembly including custom paste stencil and a bill o... 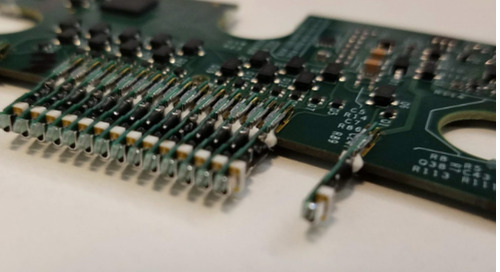