Lasers have always been around. At least, it seems so when we can read how they were used on the Apollo missions. Lasers were part of a range finder for the space ships to know their precise altitude on their descent. Twisting that idea into 360-degree awareness is facilitating a revolution in autonomy. Those instruments themselves are only possible in the popular form factor because we use lasers in their manufacture.

Lasers For Creating Conductive Via Holes

The microvia is one of those technology breakthroughs that propelled a revolution in electronics. Enabling higher connection density with a grid array of pins rather than a perimeter array multiplied the number of functions we can handle per unit of area. The area once used for fan-out vias becomes space for more components. Every component can be placed at the minimum manufacturing distance from one another and we can still route the board every time using via-in-pad technology.

“The thin dielectric materials suitable for micro-vias are always in demand.”

Drilling down into the inner layers, microvias can be staggered or stacked up layer by layer. It costs a little more to stack them. The thin dielectric materials suitable for microvias are always in demand. The requirement for the thin dielectrics is driven by the plating process. In practical terms, the aspect ratio of via diameter to dielectric thickness of the spanned layer is the process limit to know.

Image Credit: Author - Via in Pad technology at work

The laser will cut down through more material than we can plate using common processes. The same laser could be used to create a pocket for an embedded component. When you’re all done, expect to use ENIG (Electroless Nickel, Immersion Gold) finish and pay a little more for it. The good news is that it fits and it ships.

Aside from the obvious creating micro-via holes between two layers of copper, a laser can be used to remove a PCB from the panel. Since the laser can be used to form the entire PCB outline, the shape is not limited by the routing path of a rotating tool. Small and intricate edges can be achieved that allow innovations that would not otherwise be possible. Board outlines generated in this way are limited to the thinnest stack-ups. Take the usual PCB thickness and divide by four and get a layer stack-up that is only 0.4 mm as an upper limit at most places. 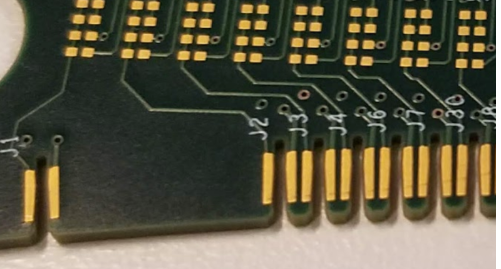 Image Credit: Author - How do they get the pads so close to the edges?

Every year, the trade shows come around with a gathering of fabricators. You can find out which vendors support your layout challenges and where they draw the line on a particular metric. An important factor in generating a micro-edge is copper to PCB edge rules.

Go to the next trade show and ask every PCB vendor there about their minimum copper to edge pull-back. I did that last year. Among the ones who could do laser defined outlines, a consensus was 127 microns. I’m paraphrasing. They said, “Five mils”. Paraphrasing again, I was expecting 250 microns best and 500 (0.5 mm) copper to board edge preferred. Even the shops without the laser equipment were breaking the 250-micron barrier down to 200. In the parlance, “8 mils” is the new “10”.

Gaining tens of microns around the edges may not seem like much. Most of the time, it isn’t. Wearables tell another story. Form factors around a wrist or in an ear cavity call for making the most of a small volume of space. The Internet of Things (IoT) is just that. The Internet can show up in a pair of shoes or in a doorbell. Lots of unexpected places are small and are not rectangular. As the products shrink, so do the fabrication tolerances. 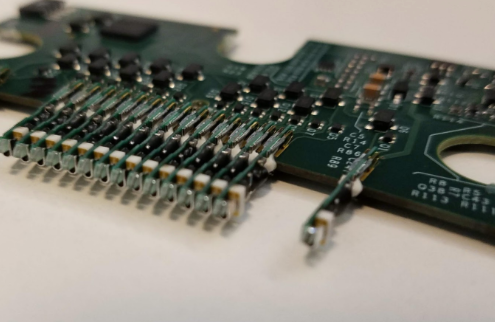 Image Credit: Author - A gang of lasers produced with lasers.

One of the drawbacks of using lasers to cut out the PCBs is that carbon residue can be left behind along the edges. We’re not looking to plate the edges so having a conductive material there is not helpful. Lasers come in different colors, that is to say, different wavelengths. CO2 and YAG are two types of lasers that work together to ablate metal or dielectric as required. Lasers could define the entire circuit pattern at leading-edge geometry with beautiful trace cross-sections. A few specimens would be feasible but mass production is best left to traditional chemistry.

Laser Printed Silkscreen and Laser Defined SoldermaskWhen normal silkscreen is way too large for the component (that always needs a four-digit reference designator), the solution comes down to laser printing. The latest equipment can deposit the ink with as narrow of a stroke as required for legibility at 0201 form factors. Microscope not included. Laser engraving the company logo onto the EMI shield is a side benefit.

Those fine pitch components may require more solder mask precision than what is possible with Liquid Photo Imageable application. Gang relief is an option though one that is sometimes hard to sell to the assembly house. When the pin pitch gets down around 0.35 mm, the data sheets start to get a little vague about what to do with the footprint. When the gist of their instructions is to work with your vendor, that might be code for requiring Laser Defined Mask for that component.

Rework and Research on the Fly

A side benefit of this photon blasting technology is that some boards are missing a soldermask opening from the factory. That one time with pin 17 of a 16-pin QFN comes to mind. Mistakes happen and so do solutions. Selectively removing soldermask will facilitate rework. That elusive copper on layer 3 can also be revealed for attention from a white wire. Laser welding can be used for the EMI shields or heat sinks that go on after reflow. Boards are not cheap. Some are downright pricey. Salvaging them to fulfill their intended purpose seems like the right thing to do.

“It’s in everyone’s interest to use the right tool for the job.”

Going for a low tech solution to an inherently high tech problem might work over the short run. Sometimes, there is no low tech answer. These are cases where the premium process provides an edge in productivity. The value that is added in assembly can be negated by low yields if you try to take the low road. When the datasheet recommends specific technology, it’s likely that the simple solutions were not up to the task. It’s in everyone’s interest to use the right tool for the job. 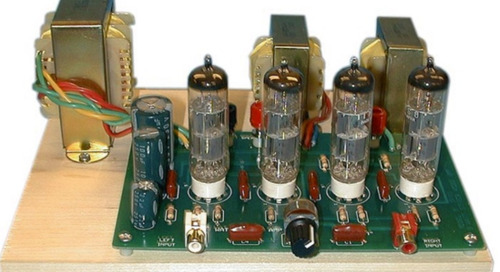 At one time or another, we’ve all shuffled across a rug and touched a door handle or other metal object onl... 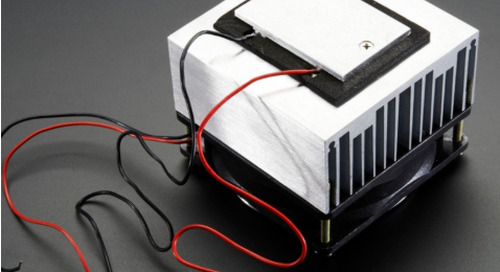 Thermo-electric cooling, or TEC, has been seen as a breakthrough in small refrigerators that do not consume...