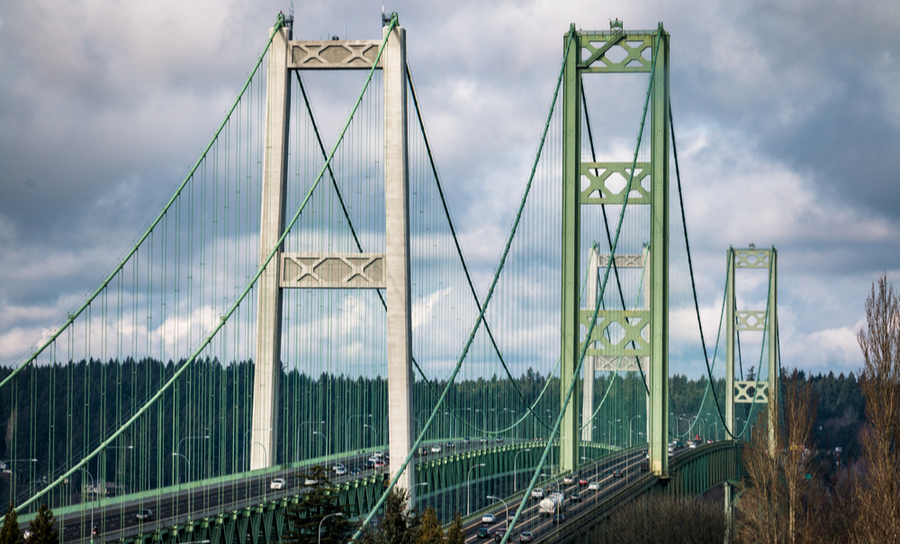 The 1938 collapse of the Tacoma Narrows bridge is normally presented in mechanical engineering classes as one example of what happens when a periodic force drives an oscillator to resonance. If only the bridge designers had access to some basic simulation tools, they would have been able to conduct an oscillator analysis in the frequency domain.

In electronics, there are some basic simulations of oscillators that become extremely important for analyzing the behavior of a real circuit. Not all electronic oscillators are linear, and not all components behave as one would expect from electronics theory. These effects create some differences between the theoretical and experimental results from oscillator analysis in the frequency domain.

Real oscillators can exhibit either linear or nonlinear behavior. Most physics and engineering classes gloss over this fact, but there is a reason that most oscillators are analyzed in the limit of small amplitudes. In mechanics problems, an oscillating spring or other structural element has some nonlinearity in its stress-strain curve as the driving amplitude increases and nears the elastic. As a result, the response becomes nonlinear. However, for small applied stresses (i.e., for small strain), the deformation in a mechanical element is still a linear function, and the equation defining a harmonic oscillator will be a linear differential equation.

One can draw a similar analogy in electronics. Real circuits can be treated in terms of their linear or nonlinear response, depending on the strength of the driving signal. Whether a nonlinear response arises depends on the response of various components in the circuit. A small driving signal strength, nonlinear components like diodes and transistors can be approximated as having a linear response, just as is the case in a mechanics problem. This idea of approximating the response of a circuit element as a linear function for a particular driving strength forms the central idea in small signal analysis.

A real linear time-invariant circuit can still exhibit some nonlinear response and other linear deviations from ideal behavior at very high frequencies (usually 10’s of GHz) and high driving strength. The nonlinear response in any component arises due to manufacturing imperfections. Take a resistor as an example: at high frequencies, current in a resistor concentrates near the outside edge of the component due to the skin effect; the same occurs in copper traces. This high concentration of current produces a nonlinear response, which causes harmonic generation under perfect sinusoidal driving. This also causes the amplitude of the response to saturate as the driving strength increases.

The other effect that arises in real circuits, particularly on PCBs, is self-resonance. Take a capacitor as an example: any capacitor has some parasitic inductance and series resistance, thus a capacitor will really behave like an RLC circuit at high frequencies. Self-resonance frequencies for most components are not noticeable until the driving frequency reaches well into the GHz range. Beyond the self-resonance frequency, a capacitor will start to exhibit inductive impedance, and the circuit’s oscillatory response will no longer match that of the ideal circuit. These nonlinear and resonant effects are just some of the effects that should be considered in a circuit simulation for oscillator analysis in the frequency domain.

With these ideas in mind, there are some important oscillator analyses you can conduct in the frequency domain as long as you model your circuit properly. One of the most common frequency domain techniques with linear circuits is to determine a transfer function and pole-zero analysis. Small signal analysis is ideal for nonlinear circuits, while the response in linear and nonlinear oscillator circuits to real drivers can be examined using harmonic balance analysis. Pole-zero analysis nicely summarizes the behavior of your circuit in the frequency domain in the presence of damping, gain, and feedback as it helps you determine whether the response of your circuit is stable.

Undamped vs. Damped Linear Oscillator Analysis in the Frequency Domain

When one considers a typical simulation of an oscillator, it gets idealized as oscillating at a single frequency in the presence of a damping force. In the driven case, your oscillator will exhibit a sinusoidal response, and the oscillator’s response will follow that of the driver, and the phase difference between the driver’s and oscillator’s motion will depend on the level of damping in the circuit.

An oscillator can also be given an applied impulse or displacement to force it to start oscillating, leading to a transient response and decay (for a damped oscillator) or a continuous oscillation at the natural frequency (for an undamped oscillator). In the time-domain you can calculate the response to a time-dependent forcing function from the following equation:

However, you can transform this equation into the frequency domain using a Fourier transform:

Response in an oscillator circuit under sinusoidal driving

Damping and Resonance in the Frequency Domain 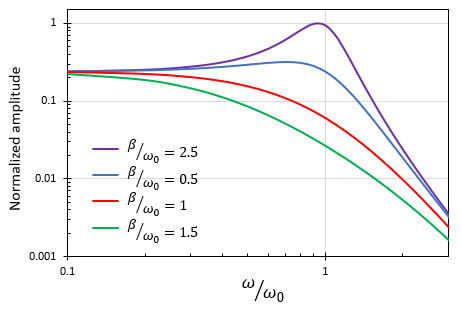 If you look at the response of the oscillator for the above system in the frequency domain, the theoretical response spectrum will be a delta function exactly at the driving frequency. In the case of a nonlinear oscillator, the above differential equation can contain some powers of the response function u and its derivatives, or it may contain some analytic function of u. These nonlinear terms arise from expanding the response functions of nonlinear circuit elements as a Taylor series. These nonlinear terms will then lead to harmonic generation under sinusoidal driving.

Anytime you need to conduct oscillator analysis in the frequency domain or in the time domain, the right PCB layout and design software can help you design circuits that exhibit the desired response. Allegro PCB Designer and Cadence’s full suite of design tools include the layout and analysis features you need for frequency domain analysis of any circuit. 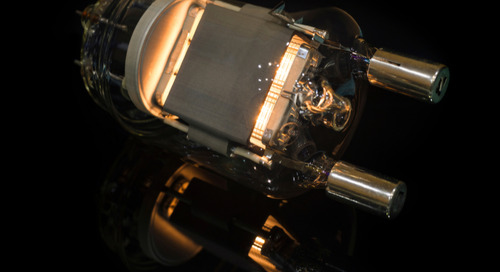 Hysteresis in analog circuits is particularly useful in a number of applications. Here’s how you can incorp... 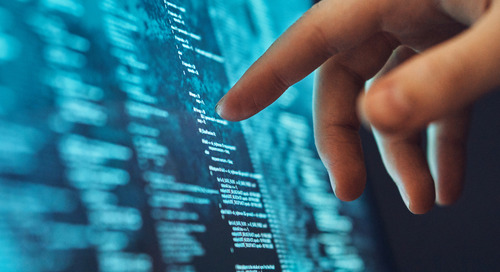 There is a tradeoff between accuracy and speed of convergence in any simulation. Here’s what you need to kn... 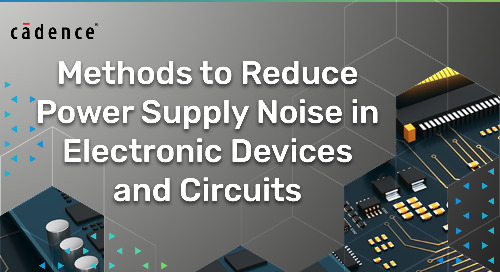 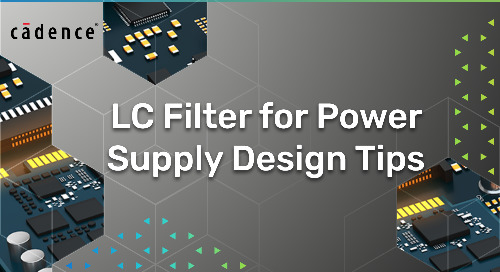 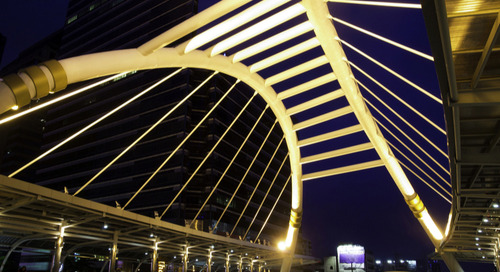 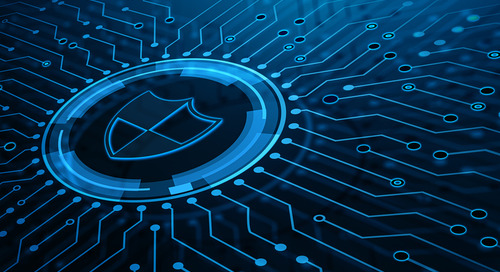 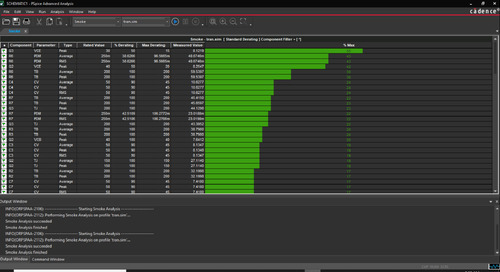 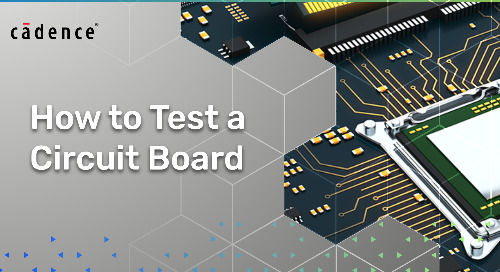 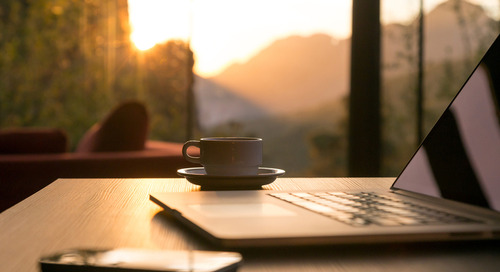 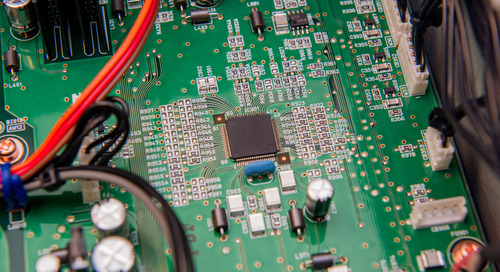 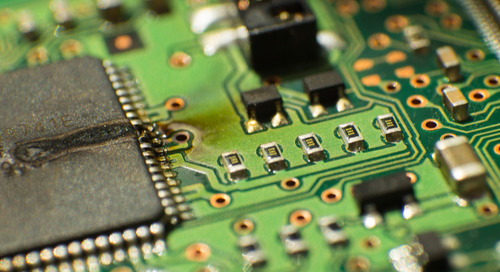 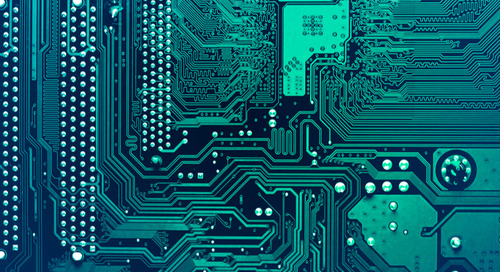 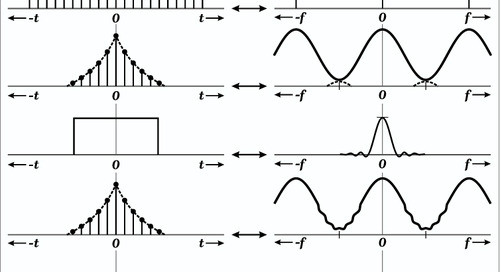